Join our Studio Membership in January 2023 and get EXCLUSIVE GIFTS!

"Choice Leads to Chance and Then Change"

If you had told me after having my 7th child that I would not only be embarking on having MY SEVENTH CHILD and the insanities that come with that life event but that I would also be fighting high blood pressure, dealing with Post-Partum Depression again, experiencing the PTSD from the years of abuse that I denied, and eventually fighting to keep my marriage, I would have looked at you said, “You are crazy”, reached for the remote and whatever bag, bowl, or box had something I could crunch my woes away.

Those were my realties though. I had no idea what was ahead of me or that all of everything I had learned in this life and had survived was going to come to call. I had no idea how distant and broken my behavior was leaving my husband feeling. I did not know that my kids were losing out on amazing years with me, or I them, because it was so much easier for me to hide behind my weight and sadness then it was to try anything else.

The final straw was a moment I will never forget and one I do not talk about very often. Bella was a barely a week old and I had been feeling utterly disgusted with myself. I was sitting there in my recliner about 1am, feeding her and as I looked down at the miniature miracle and smelled her little head, I was completely overwhelmed with both joy and pain. The joy of what her life could be and the pain of what it would be limited to if I continued to feel the way I did.

Bella was my 3rd girl. We joked that we were totally hoping for another boy because of how much “easier” they are but it wasn’t about them being “easy” or not for me. For me, it was honestly quite selfish. I wanted a boy because I was scared to have another girl. I never understood how to “click” with other girls. I didn’t know how to relate to the dresses, make-up, emotions, thoughts, beliefs, or values that a girl gets raised with as I didn’t have the opportunity and didn’t want to “screw” my girls up like I thought I was already.

I held no value in who I was as a woman. How was I supposed to teach my own little princesses to be bold and brave if I was not at all? It wasn’t an issue of my being the tomboy and wanting to use the tiara as a bottle cap opener for my beer. I felt like a complete and utter failure as a girl, as a woman, and as a person!

For me, my weight made the statement that I didn’t “really” care about myself or my health. I understood that living my life from panic attack to anxiety attack and never saying anything to anyone was going to get worse. And it did. Earlier that same day I had tried to go out to eat with my husband while we still had his mom staying with us, so we could grab some uninterrupted “us” time.

In the restaurant, I experienced a horrible anxiety attack in front of him and instead of explaining what was actually going on I turned to anger. I made it all about the baby and how it was too soon and how insensitive HE was for trying to take me out of the house too soon. We got to go containers for our freshly plated food, left my full Blue Moon sitting on the table and came home. As we continued to jab each other with barbed words it just got worse.

The look I saw in his eyes pained me. I knew that look. I had seen it before but not on him. I had seen that look of anguish, disgust, betrayal, and soul wrenching disappointment before. I had been in front of a mirror years prior, in my previous marriage, where every day was about how to take calculated guesses on whether today was a drinking day or not. My behaviors had become similarly abrasive and abusive. My self-loathing left no room for calculating moods… just mine fields of explosive bombs for him to be hit by.

I was slowly breaking the heart of the man I loved most in this world and he was letting me. That look was a look I didn’t want to see in anyone’s eyes anymore! Not in his and god forbid it ever be in the eyes of one of my children. I needed to change and I knew it.

We all take the path of least resistance in the beginning. From the outside looking in, it was my “fat ass” that needed to MOVE. So, that is exactly what I did. As I peered down at Bella in my arms, swaddled and making scrunchy-baby-face-yawns, I whispered a promise in her ears. I would figure it out. I wouldn’t stop until I had. She, nor her older sisters, would ever know what it feels like to be trapped inside their own bodies!

It took me until Bella was a few months old and several conversations with my husband before we started doing P90X every night about 8:30 pm, then showering, taking turns getting Bella down and putting the other kids to bed. We did it though. 90 days later I had lost my first 50 pounds and felt phenomenal! I even liked what it felt like to have him look at me “that way” again after so long.

That feeling didn’t stick though. It scared me. What does a foodie do when she’s scared? She eats! I held on to the drive I had found and what I wanted but slowly I let my weight creep back on and I started to feel those oh-so-comfortable-feelings of misery and doubt. I had almost gotten all the way back up to where I had started from (276 pounds) before I drew a line in the proverbial sand.

Round 2 of P90X kicked my ass and shrunk it again, thank heavens! I ate better this time and it started to stick. I was slowly understanding that I did have control over my own body and my mind and that my heart didn’t have to hurt all the time. Conversations with my husband began to get longer and deeper into the traumas I had underwent and what he had been experiencing all these years by my side. Finding my health again was giving me the strength to try harder in my marriage.

It wasn’t about looking good or feeling sexy it was about finding me and being that person with him. I had never actually done that completely. And THAT was what I needed to be able to teach my girls.

Gaining control of how I treated my body, learning to love myself again and valuing myself for the first time allowed us to embark on renewing our vows to each other, but it also gave me another chance to be the mom I actually am and wanted to be with my children, all of them.

I have kept my midnight promise to my then 1 week old. I have lost over 140 pounds and gained an entire new perspective on my life and everything I have ever gone through to date. The man by my side is healing, our children are flourishing and the family I was blessed to be given isn’t being taken for granted anymore.

Transforming one aspect of your life will lead to many other aspects along the way but none of it is possible until you take that very first step in your own Journey4Lyfe.
Are you ready? If you are still reading this right now (and I hope you are) then a piece of my heart has touched a piece of your heart. There is something that you have read that is resonating inside of you right now and kept you scrolling, reading to this point right here.

So, here it is, your moment. Here is the point where I ask you to own it. Do you want to continue surviving your life like I was, never truly present in any of the moments or do you want to BE in your life and experience it?
The first step is deciding. The second step is reaching out, if not to me then someone, please. Don’t waste another moment of your life wishing things could be different.

Today, I am helping hundreds of men and women find out exactly how much control they have over their own lives, how much strength resides inside of them and always has, and I want to help YOU see for yourself the strength that you possess and just need to connect with again.

It is never too late. I know it sounds cliché but so did “move that ass”…. It worked though and that is the truth lol. I look forward to talking with you and starting the journey! Thank you for taking the time to read all the way to the end. This is truly the beginning 😉 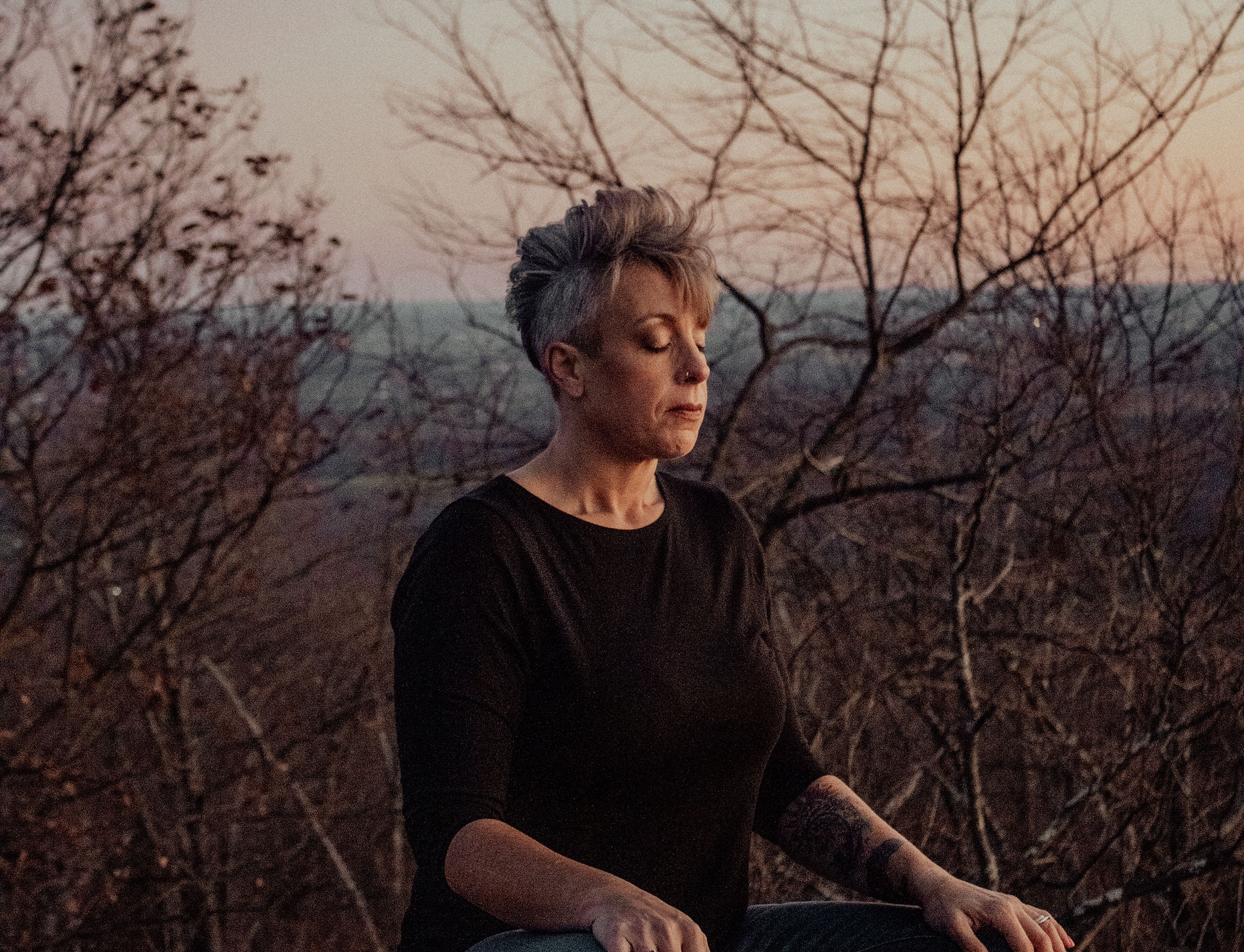 Tina is the owner of Power House Studios, an author, speaker, certified personal trainer and a masters level community mental health counselor with over 20 years of experience in the mental health field.